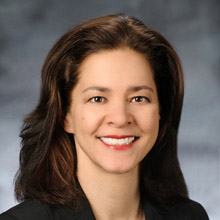 The 50th annual meeting of the Shakespeare Association of America, held last year in Jacksonville, Florida, was our first gathering since the pandemic lockdown. It was a time of re-connecting and reckoning, with the elected officers of the SAA reiterating the organization’s commitment to racial justice and gender and LGBTQ+ rights on behalf of our diverse membership. Conference highlights included a plenary session on Early Modern Critical Race Studies, a virtual conversation with Judi Dench, a film on Joseph Papp, and a live conversation with Adjoa Andoh. Rebuilding after the blow of the pandemic, we experienced a robust array of seminars along with digital programming. SAA members at the Town Hall underscored the value of our in-person conference – as one participant shared, it fosters “such a great support network and there is much to be said for our serendipitous conversations that cannot happen online.” Participants also encouraged the integration of more virtual options. Inclusion and sustainability remain at the forefront of our discussions here and elsewhere, leading to the formation of a “Conference Futures” committee that will report on their recommendations at the upcoming Town Hall in Minneapolis and initiate further dialogue about our next fifty years.

Following this stimulating and uplifting conference, I returned to California and immersed myself in the beauty and majesty of Yosemite National Park, which led to another serendipitous encounter with Shakespeare. Having planned my trip around my son’s ascent of El Capitan (I stayed in the valley!), I chanced upon SAA members Katie Brokaw and Paul Prescott’s “Shakespeare in Yosemite” production of Love’s Labor’s Lost, staged in the Curry Village Amphitheatre against the backdrop of the Sierra Nevada mountains. The production (a version of which is available on YouTube) was set at the end of the 1960s, evoking both the freedom of the era (think “Summer of Love,” which was the soundtrack for the production) and the fight for social justice locally and globally. These efforts included the Civil Rights movement, the anti-Vietnam war protests, and the struggles that led to landmark environmental legislation. With all these gains currently under attack, including in Florida during our last conference, the message of the production was timely. Imagining the “lost play” Love’s Labor’s Won as its finale, the production closed on a note of hope voiced by an inclusive community, inspired by art from Shakespeare’s poetry to the music of Bob Dylan (who will have a panel devoted to him at our upcoming conference), and urging activism on and beyond the stage and page.

As I write, the disparity between this vision and the realities of academic workers who teach and research in the humanities has become untenable. Close to 48,000 graduate students (TAs and RAs) and postdoctoral researchers across the ten campuses of the University of California system began the largest strike in the history of US higher education on November 14, 2022. They teach sections in our required classes, which include Shakespeare, and are the primary point of contact for many of our undergraduates. They are crucial for the future of the humanities, yet they must pay 50% or more of their current stipend for basic housing. Their precarity is linked to that of faculty in a variety of institutions, including small liberal arts colleges that were hit hard during the pandemic. In Shakespeare’s birthplace, more than 70,000 university staff went on strike this fall for similar reasons. Not only our organization but the profession as a whole hinges on supporting these colleagues, and this mandate will also inform our ongoing conversations about conference futures.

Although only a beginning, among the initiatives we have pursued this year is the extension of our conference travel grants for graduate students at the dissertation stage, contingent faculty, independent scholars, and retirees to other members who are also facing post-pandemic financial hardship, the reduction of departmental funding, and the expenses of dependent care. We continue with virtual events throughout the year, including the Graduate Symposium on February 23, 2023. The topic this year, which is determined by the graduate students, is “Global Shakespeares.” The NextGen panel has been a highlight for several years; for upcoming conferences, we have envisioned a panel of our esteemed SAA members at the other end of the career spectrum who bring decades of experience to our discussions. The staff of the SAA, including our deeply appreciated Executive Director, deserve special thanks for making these initiatives possible.

I want to close by recognizing the hard work, mixed with the conviviality that is the annual meeting, of the Executive Committee, the Trustees, and the members-at-large who serve on ad hoc committees throughout the year. We invite our fellow members to share their suggestions with us and we look forward to seeing you in Minneapolis and at other events sponsored by the SAA.