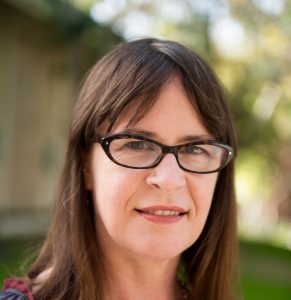 The SAA is historically cautious about issuing email to our members and has never done so on political matters. But these are extraordinary times. The Executive Order on immigration targeted seven majority Muslim countries and served notice to larger numbers of Muslims that they might not be safe or welcome in the US. No sooner was the order delayed by the US courts than word began to circulate that federal agents are conducting immigration enforcement raids in at least six states and are concentrating their attention on sanctuary cities, including my own city of Los Angeles. The immigration bans and raids put our members and our students at risk from violent attacks and slurs based on faith and race that have cropped up on many US campuses. This is our business. We are teachers.

It is my conviction that the SAA can resist the political agendas that threaten intellectual and scholarly freedom, the integrity of the classroom, and the security of our members and students. I believe it will take time, patience, and ingenuity with our best resources: activism, teaching, scholarship, and performance. This letter aims to describe what the SAA Trustees have done; present findings from communication with members; and prepare for a productive and exciting convention in Atlanta.

What we have done

In response to the Executive Order of 27 January, the SAA posted a message on our website condemning this action and anticipating future actions that may harm our members:

The SAA was founded on principles of inclusion, open exchange, and mutual respect. Its pioneering seminar system welcomes scholars from all locations and of all professional standings to meet around its seminar tables. We value the international diversity of our membership and condemn any policy or directive that impedes the movement of scholars into and out of the United States. 31 January 2017.

Of grave concern for all of our members are the divisive and increasingly hostile political climate in the US, the targeting of minorities, and the swift efforts of the current administration to undermine human rights, education, democracy, and institutions — such as the NEH — that we all hold dear. The Trustees share these concerns and are committed to doing whatever is in our power to resist these forces and to support our members.

Believing that a posted statement is less effective than in-person and open discussion, and in keeping with the SAA spirit of collaborative engagement, the Trustees invited our membership to come together at our upcoming convention to discuss the effects of US policy actions on our membership and share ideas for countering them. The email invitation provided a link to a petition against the EO on immigration that is widely perceived as a Muslim ban. Our solution, to set aside the General Business Meeting on Wednesday, 5 April, at 5 pm, is imperfect: not everyone has plans to be at the SAA on the first day of our convention. But I invite you to send your suggestions to Lena Orlin, me, or any of the Trustees.

The SAA works with and through the National Humanities Alliance and the ACLS. The NHA sent us a list of critical states, and Lena Orlin has already reached out to some SAA members in those key states who were willing to have their names forwarded. All SAA members are invited to take part in Humanities Advocacy Day on March 13-14.

The Trustees are also working broadly to build institutional mechanisms for addressing governance issues that will allow us to innovate within the organization and to include more voices in its running. Key to this process is a three-year initiative on “Shakespearean Futures,” which opens with a panel on “The Color of Membership.” As I announced in my letter in the January Bulletin, the Trustees decided to hold two plenary sessions this year, with “The Color of Membership” immediately following “Queer Natures.”

The “Shakespearean Futures” initiative is more than a set of paper panels over the next three years: it is also meant to serve as an ongoing forum for gathering feedback from SAA members on the material and institutional conditions affecting our intellectual lives and profession. We wish to thank the members of the Program Committee who developed this initiative: Natasha Korda (chair), Barbara Fuchs, Erika Lin, Steve Mentz, and Lucy Munro. We look forward to reviewing proposals for next year’s session, which may be submitted through the SAA website:

The SAA Trustees proposed a constitutional amendment to Article III.3:

To pursue inclusive and diverse policies of membership that recognize the importance of categories such as race, ethnicity, national origin, religion, sexual orientation, gender, age, and ability, as well as the variety of professional conditions that obtain for tenured and tenure-track faculty, contingent faculty, and graduate students.

We are grateful to the members of the Ad Hoc Committee on Strategic and Long-Term Planning, who drafted the amendment: Jean Howard (chair), Ambereen Dadabhoy, Rebecca Fall, Kim Hall, Laurie Maguire, James R. Siemon, and Henry S. Turner. If you have not yet voted, please note the 15 February deadline.

Following the announcement of the Executive Order, Lena Orlin and I entered into extensive email conversations with SAA members who have expressed concerns about the freedom and ease of communicating with the Trustees. I posted public invitations on Facebook to write to me about the SAA, diversity, the world, and the Executive Order. Gina Bloom and I also created a Google form to allow members to write in informally and, if desired, anonymously, by using the following link: https://goo.gl/forms/Y4uIL6WgzoiZVf2U2

I have learned a great deal from the thoughtful and specific feedback that SAA members have given me. Many SAA members have written to express fears for themselves and others and anger about the actions of the Trump administration, which seems bent on dividing groups with common cause. There is widespread concern from and for our members who are Muslim, LGBT, people of color, and women.

I have also heard from a large number of our members who teach in small liberal arts colleges and state universities that serve primarily minority students. These members have expressed a compelling need for the SAA to feature more workshops and seminars that engage the teaching of Shakespeare in a time of political tumult that deeply affects their own students. One of the most appealing ideas suggested is to put together “a digital repository for lesson plans, discussion questions, projects, etc., that have our students addressing treatment of refugees, feminism, tyranny and resistance, environmentalism, and more, through Shakespeare.”

Many people wrote to ask about live-streaming the plenary sessions and virtual attendance at the seminars. Live-streaming is an especially popular idea, and one we are actively investigating. The SAA is still bargaining on our behalves to determine whether it is technologically and financially possible. We will report to members on the outcome and invite discussion of future policy at the General Business Meeting.

The SAA has no plans to take up where the MLA left off in terms of turning the organization into a forum for direct political action. What the SAA can provide, however, is a space in which to think about how the current political climate affects our scholarship, performance, and above all teaching. In my view, the integrity and autonomy of the classroom is at issue and needs vigorous defense. We also need to emphasize preparation, inclusiveness, and coordination.

One SAA member asked if the trustees might, in advance of the meeting, “learn as much as they can in hard and specific detail about what their institutions are doing to fight these terrible developments? Learned societies like SAA are somewhat less affected by, and certainly far less equipped to deal with, all the legal ramifications. The problem as I see it isn’t that the SAA isn’t doing enough but that by themselves so many entities are having to scramble in relative isolation from each other. Coordination among universities, employers, local governments, learned societies, and religious congregations would probably be most effective.” These questions go beyond the Trustees: we all may have some homework to do on how our home institutions are responding to the immigration bans and raids.

In closing, I wish to affirm that robust discussions of Shakespeare and related literary, theatrical, and media-related matters are our business. Please reach out to me or any Trustee, or to Lena Orlin as Executive Director, about your concerns and ideas.

President of the SAA

Post-script: To give the last word to Shakespeare, I provide a link to Sir Ian McKellan’s performance of Sir Thomas More on strangers: https://www.youtube.com/watch?v=RFJaqVG_nMY